Sri Lankan Curried eggplant needs no introduction.  Spicy, savory, perfectly tender and bursting with flavor, this dish was one we could not stop eating.

Above, the photo on the left is a very special eggplant (more about that in a minute), and the picture on the right is the final product.

Of particular note is from where that delicious heirloom eggplant came.  Basically, the girls’ grandfather planted it from seed, but he passed away before the plant produced the eggplant, and so he never got to see the fruit of his labor, quite literally.  Though Julia and I insisted they save the eggplant for themselves, they refused to save it, and instead were eager to share it with us.  We were honored to be eating such a special piece of food, and were again appreciative for the cooking lesson.

A Note About Eggplant

There are countless eggplant varieties, and many of them will work for this recipe.  However, the best eggplants to use for this recipe are either Chinese eggplants (the long skinny ones) or ones that have similar characteristics.  Specifically, try to avoid any eggplant (especially the Italian ones) that have a lot of those slimy seeds inside.  You’re looking for eggplants that are comprised of most firm flesh, so if you’ve found one like that, you can’t go wrong.

In both Sri Lankan and Indian cooking, dishes are often finished with a tempering.  Put simply, a tempering is a spice/herb infused oil mixture that is poured over top of a dish as the final step in the cooking process.  If you’ve ever tempered oil before in any other recipe, you are likely familiar with the process.  The tempering adds a nice shot of delicious fat and increases the richness of any dish!  This recipe contains a tempering, so hold on to your hats, as it’s DELICIOUS!!!

What You’re Going For

This recipe, put very simply, is a savory dish comprised of pan-fried eggplant mixed into a curried onion mixture.  And at the end, on top, you’ll pour a tempering.  It’s got a somewhat thick consistency and should not be very watery.  It can be eaten alone, with rice or with roti. More details in the recipe below! 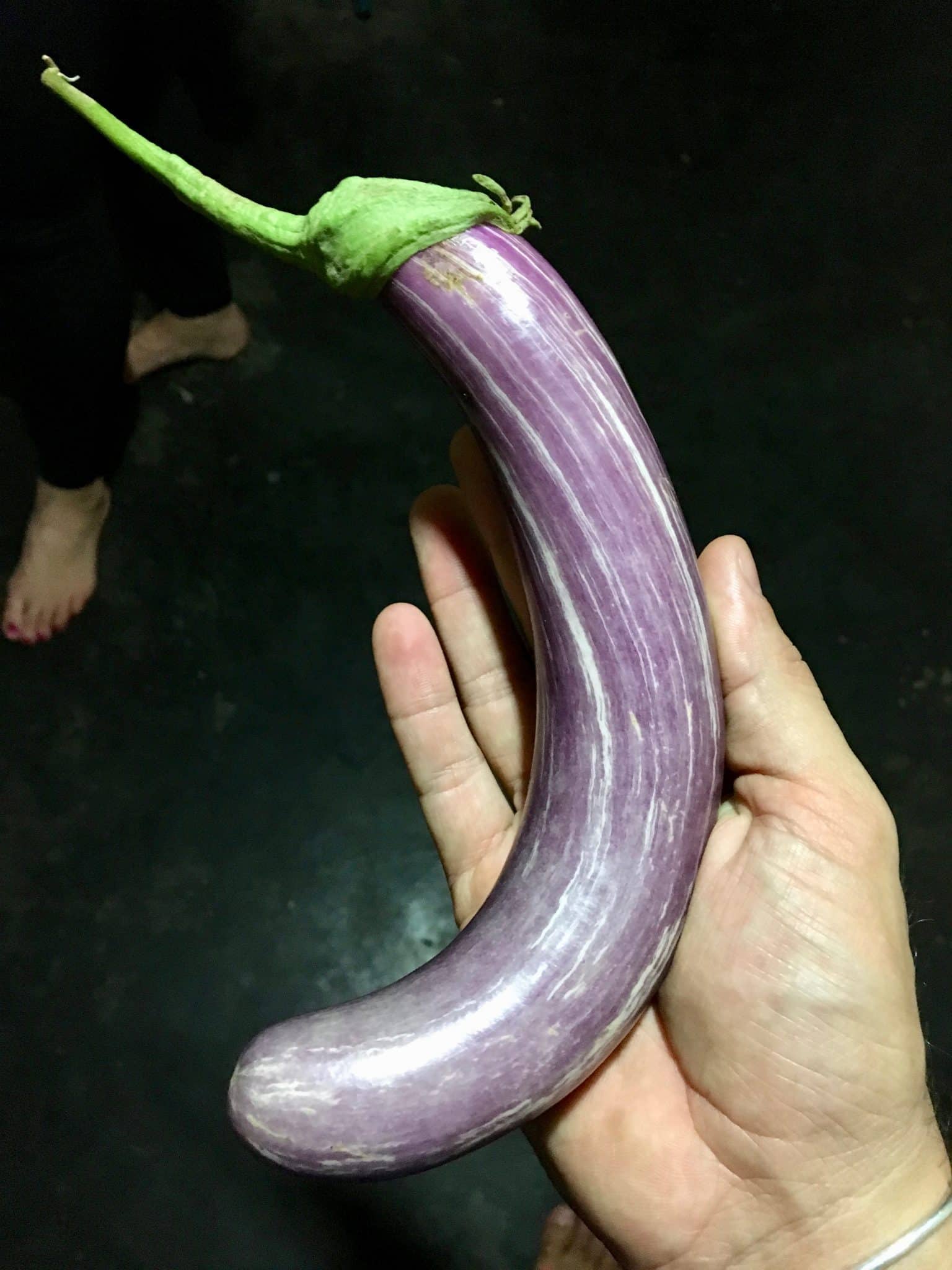 *Any mild flavored white vinegar will do.

A Kosher Dill Pickle Recipe to Die For!

Some Lime and Time and You’ll be Enjoying...

❓Do you prefer stairs or incline? 👇⁣ ⁣ Pe