6 Destinations Off the Beaten Track in South East Asia

Off the Beaten Track in South East Asia

The art of travel is to escape the mundane tourist traps, and South-East Asia is now a popular choice for travelers. To make your life easier, we’ve selected six destinations off the beaten track in South-East Asia where you won’t feel like a sheep following the flock.

The island of Cát Bà is the largest in Vietnam’s Halong Bay and a great place for intrepid explorers. Due to wars in the 20th century, it changed from a fishing port to a lookout point for guerrilla fighters. These fighters built a vast cave system called Hospital Cave; its name suggests it was primarily used as a hospital, but it was essentially an entire underground village. Cát Bà is largely unaffected by Vietnamese tourism, so that means there are still many things to do on Cát Bà Island.

Central Vietnam is peppered with stunning limestone caves, with the most notable region being Phong Nha-Ke Bang National Park. Paradise Cave is certainly off the beaten track in South East Asia and is a whopping 31km long. It boasts prodigious stalagmites and stalactites. Although this is a popular spot for tourists, most people only visit the first 1km. Through special guided tours, you can easily escape the other tourists by going deeper into the caves. And, if being underground isn’t your thing, consider cycling in Thailand, as it’ll certainly give you an off the beaten path way to experience this fascinating country.

The Thai region of Sukhothai is situated between the popular tourist cities of Bangkok and Chiang Mia. Thus, tourists often overlook it. Historically, Sukhothai was the seat of the Siam Kingdom and the cradle of the Thai civilisation. It is now a UNESCO World Heritage site due to its large area of temples. In particular, don’t miss the giant seated Buddha at Wat Mahathat. And, if you’re already this far north, consider checking out Blue Temple in Chang Rai.

Be sure you’re covered by travel insurance before you head out there – it’s not wise to travel to Thailand without it.

This national park is another spot you can go to get off the beaten track in South East Asia, and it is a refuge for the nature lovers among you. Established in 1987, the park has nurtured the local wildlife, so you can catch glimpses of everything from fruit bats and monkeys to the secretive nocturnal tarsier and the bizarre Philippine frogmouth bird. Check out this Bohol itinerary, for many more experiences in this beautiful corner of the world.

If you’re a diver, or just fancy giving it a try, Lutungan Island in Indonesia is your paradise. However, before you think of venturing into the deep blue sea, make sure you’re physically fit and fully equipped to do so. The island is an ancient cemetery and locals consider it a sacred island. For divers, the waters surrounding Lutungan are paradise, with atolls which are teaming with tropical corals and fish.

Sipadan Island is another diving Mecca which deserves a mention. Situated off the coast of Sabah, it has a truly unique ecosystem and its beauty means it regularly features in the world’s top ten places to scuba dive. Due to its remoteness, tourist traffic is limited, making it a great place to dive in tranquil waters. Those who choose to scuba here could see barracudas, turtles and sharks as well as white sand and turquoise waters. Paradise? We think so.

Bangkok Off the Beaten Path: 7 Activities You...

Some of the Best Street Food in Hanoi...

5 of the Fastest Growing Travel Destinations 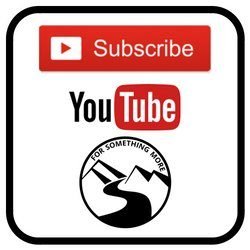